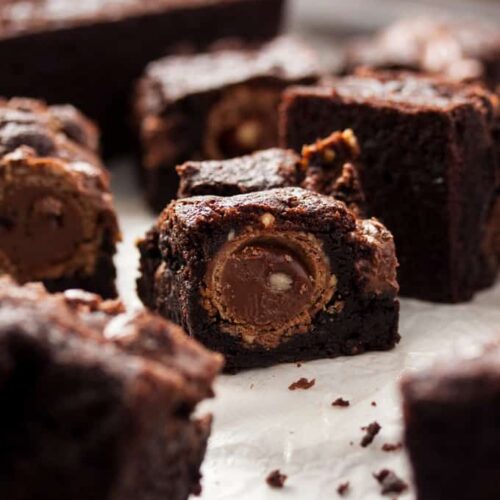 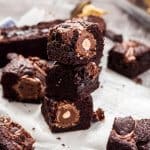 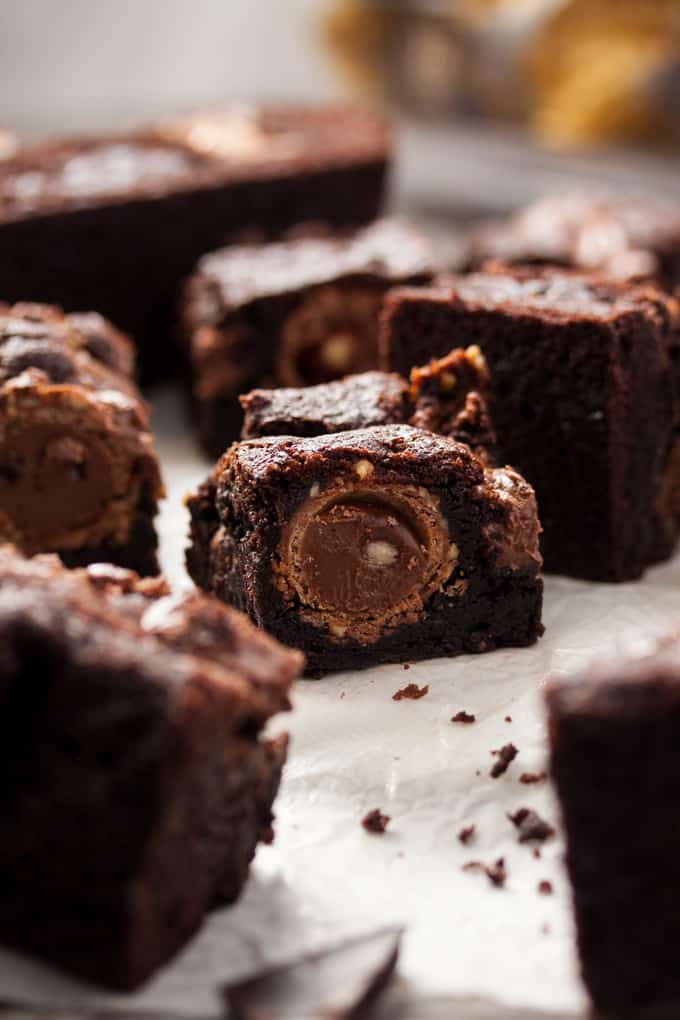 This recipe and I are good friends… now. It wasn’t always the case. My Ferrero Rocher Brownies recipe and I have had a turbulent start. It’s been my nemesis recipe for a little while now. I made this recipe a total of 8 times in the journey to bring you a recipe I was proud of. This doesn’t always happen. Normally, it takes me a couple of times to get a recipe bang on but this is the first one that has eluded me for so long.

Some of the trials and tribulations we went through were 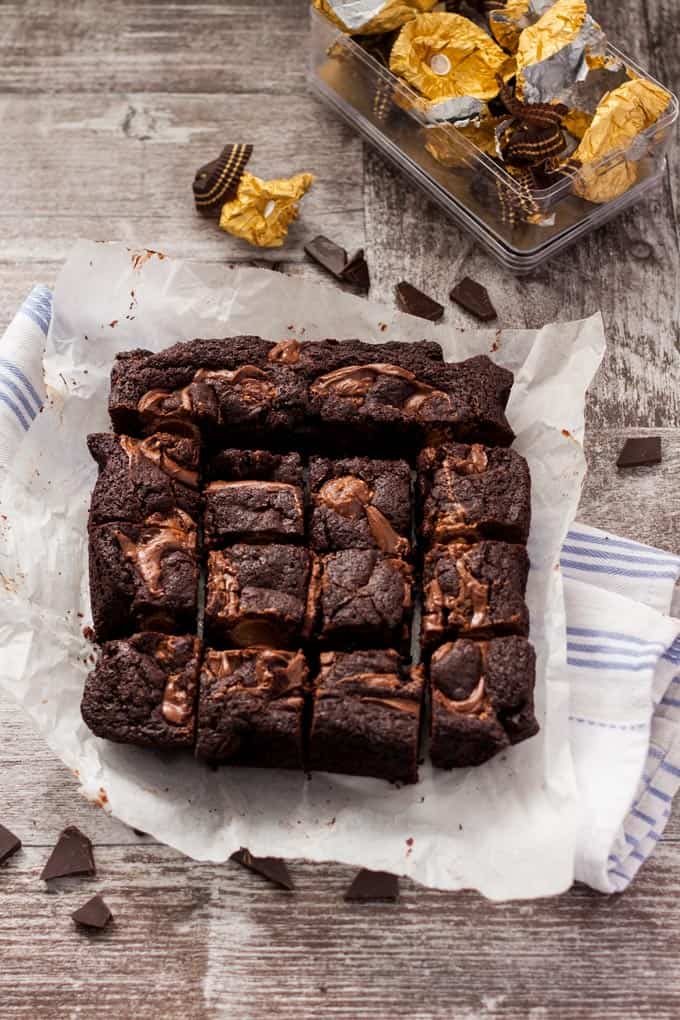 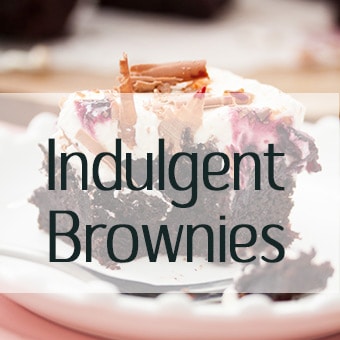 And none of it wasted. Phew!

A quick thank you to all my amazing taste testers who have put up with endless brownies in this exercise of brownie making patience.

Have I mentioned patience is not my thing?

I started this last weekend with a plan. I had the dry ingredients ready to go and I promised myself this brownie would not beat me this weekend. Nosireee! I will not be beaten by brownies again.

It did and I was, of course, but only once. 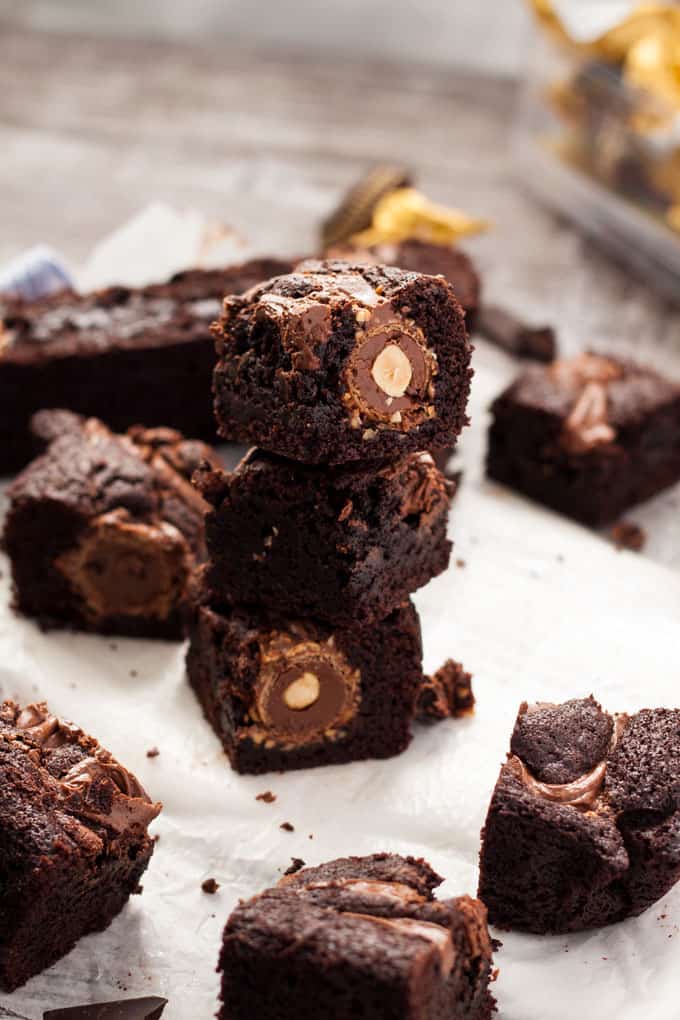 The ‘Demon of Determination’

There is a reason my hubby calls me the demon of determination (I call me stubborn). I returned to the kitchen Sunday morning, whipped out the ingredients, mixed them all together (I’m seriously quick at making this recipe now) and threw it in the oven.

Let me just make a note here, these Ferrero Rocher Brownies have always tasted good. Promise! Everyone who’s tasted them (and that’s a lot of people 🙂 ) has loved them. My main problem is that I kept overbaking them and an overbaked brownie is a CAKE. If I wanted cake I could have posted this recipe months ago. I wanted brownie.

Biting through the soft brownie and into a whole, still crispy Ferrero Rocher and then getting that hit of Nutella flavour is just divine. 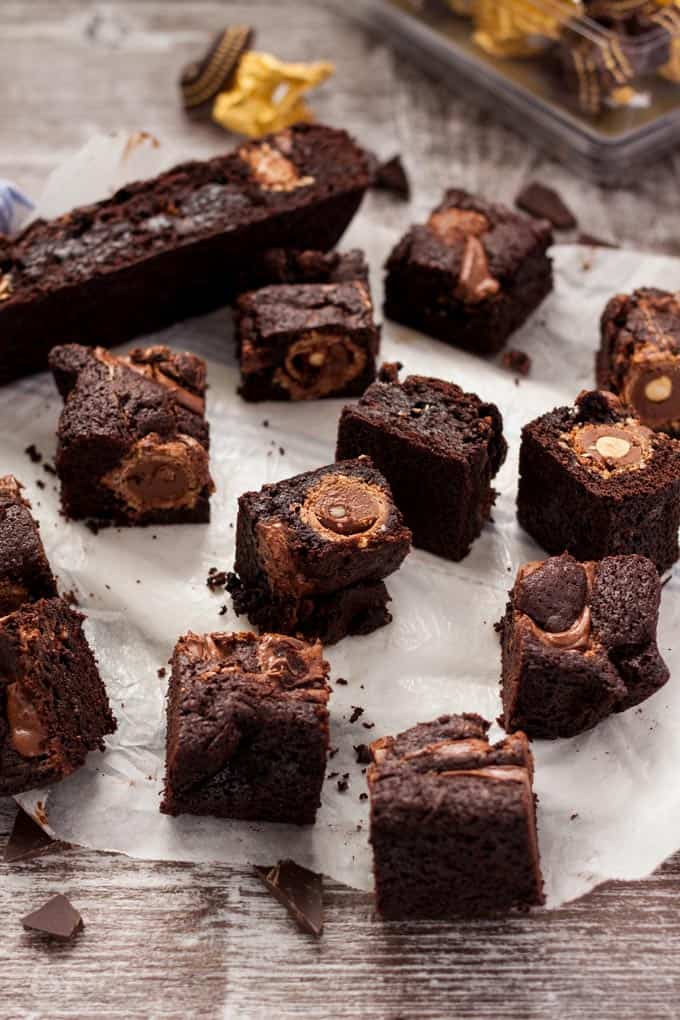 It was a bumpy ride but I’m happy to say it was well worth it. Like my Choc Chip Chocolate Fudge Brownies that came before, these brownies are the perfect combination of easy to make, super chocolatey and fudgy that you want a brownie to be.

Hope you all enjoy this labour of love but no matter what you do, don’t cook them for longer than the recipe says?

TOOLS USE IN THIS RECIPE

Calories: 288kcal
Author: Marie Roffey
Course: Afternoon Tea, Dessert, Snack, Sweets
Cuisine: American, Various
Have you tried this recipe?Rate or comment below and let us know how it was! 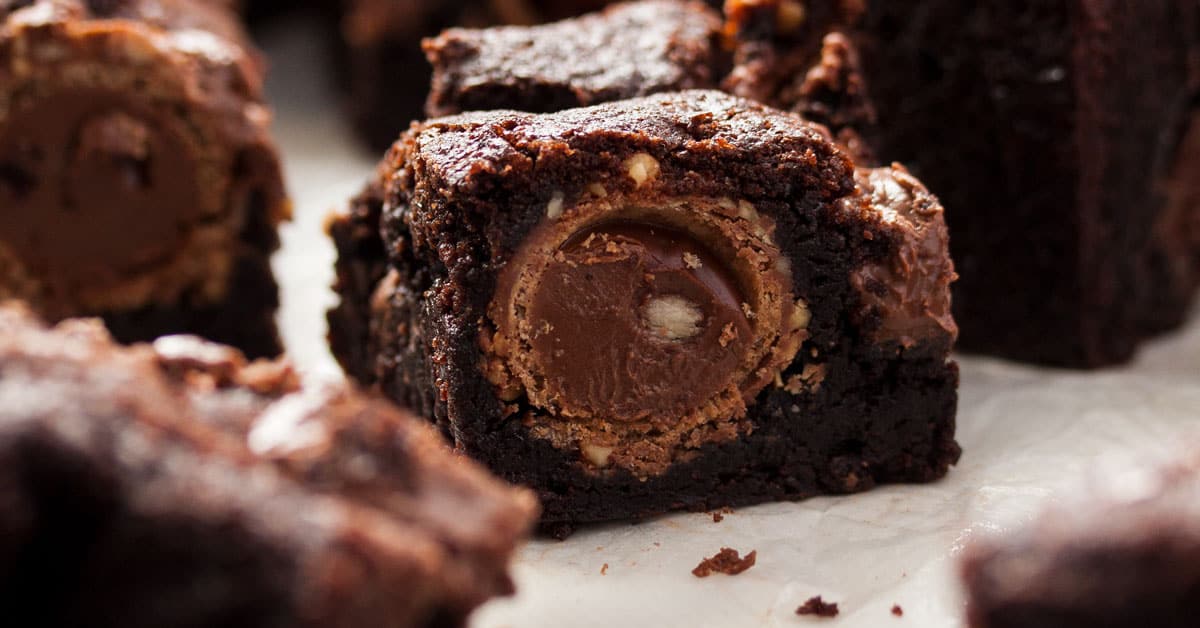 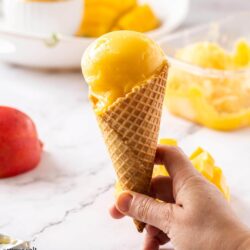 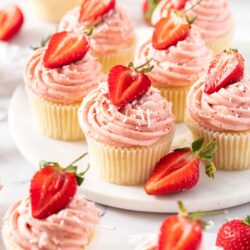 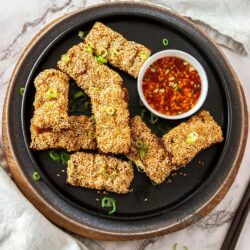 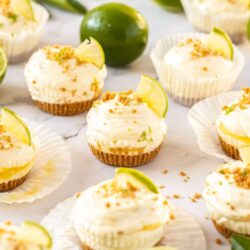