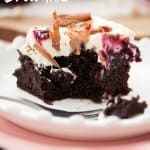 These Black Forest brownies are dark, fudgy chocolate brownies with a layer of real cherries through the centre, topped with cream and easy homemade cherry jam. 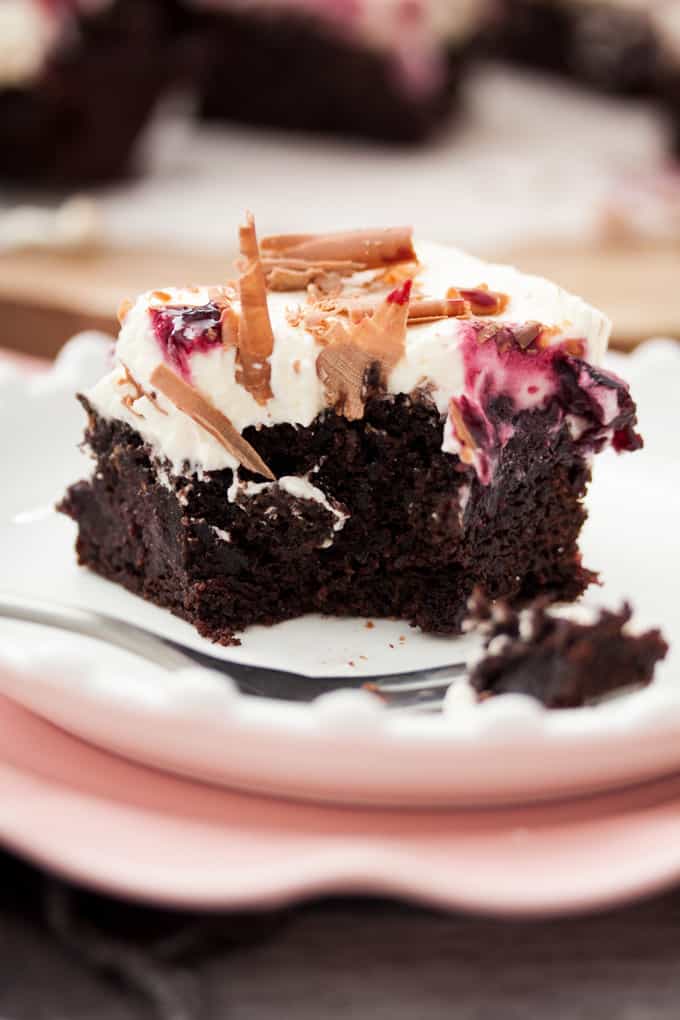 I had plans this weekend to go pumpkin mad. I’ve come up with some great pumpkin recipe ideas that I wanted to test out and it’s that time of year where I just keep seeing pumpkin everywhere, but I just couldn’t get these Black Forest Brownies off my brain. This recipe was inspired by my dad – a huuuuge Black Forest Cake fan – due to his birthday being last Friday.

These cherry filled brownies are perfect and fudgy and totally full of chocolate flavour. Half way through, there’s a layer of cherries and then the whole lot is topped with simply whipped cream.

Unlike a tradition Black Forest Cake, these brownies are without kirsch in them. I’m not a big fan of liqueur in anything but a glass (ha!),  but you could certainly add a little.

It would serve to make the brownies even denser and fudgier which is never a bad thing where brownies are concerned. If you do add kirsch, I’d love to hear how it turned out. 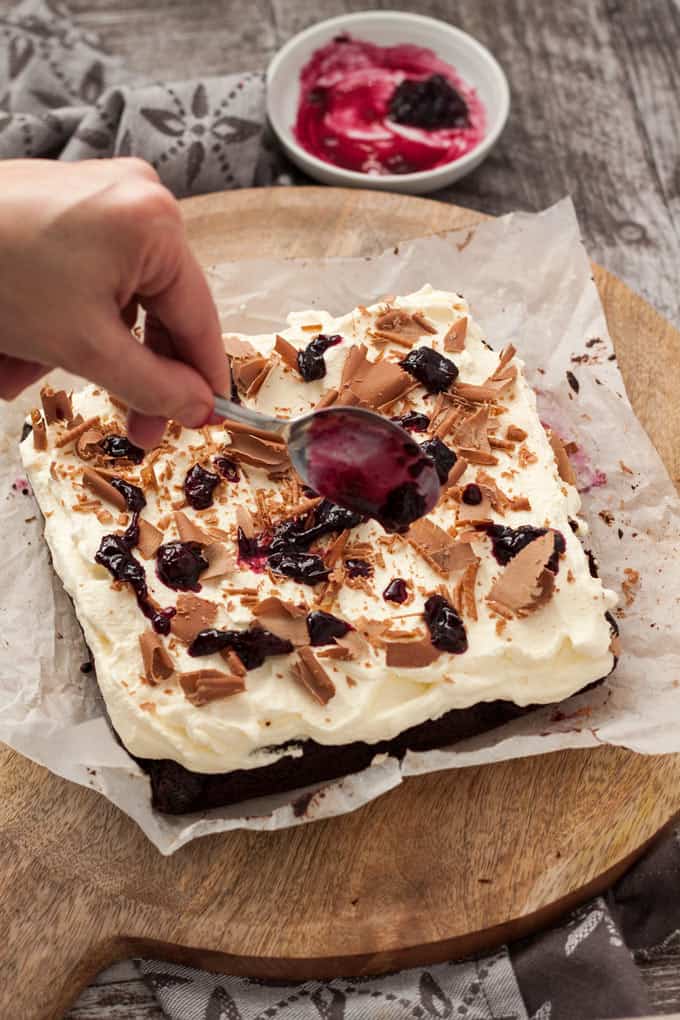 A story of 2 little, sad cakes

Last year for dads birthday, I made him these 3 tiered “mini” Black Forest Cakes that looked and tasted amazing, which I then drove from my home to mum and dads home, with them sitting in plastic containers, praying that they wouldn’t topple over.

There was only room for one container in the nice flat footwell of the car, so I figured I might lose that one, being that I wouldn’t be able to nurse it. Ok, so that cake survived a grand total of 1 minute (aka the first corner).Who knew there were so many corners between my folks place and mine?

No problem. Like I said, I figured I might lose that one. It’d still taste good, just not look so pretty. Plus it’s the thought that counts right. Lucky for me, I had the other one sitting safely on the passenger seat so that I was able to nurse with one hand while driving with the other. And that was the prettier one of the two anyway. It was a load off really. Now I only had one cake to worry about. Half the stress. I decided it was a good thing. 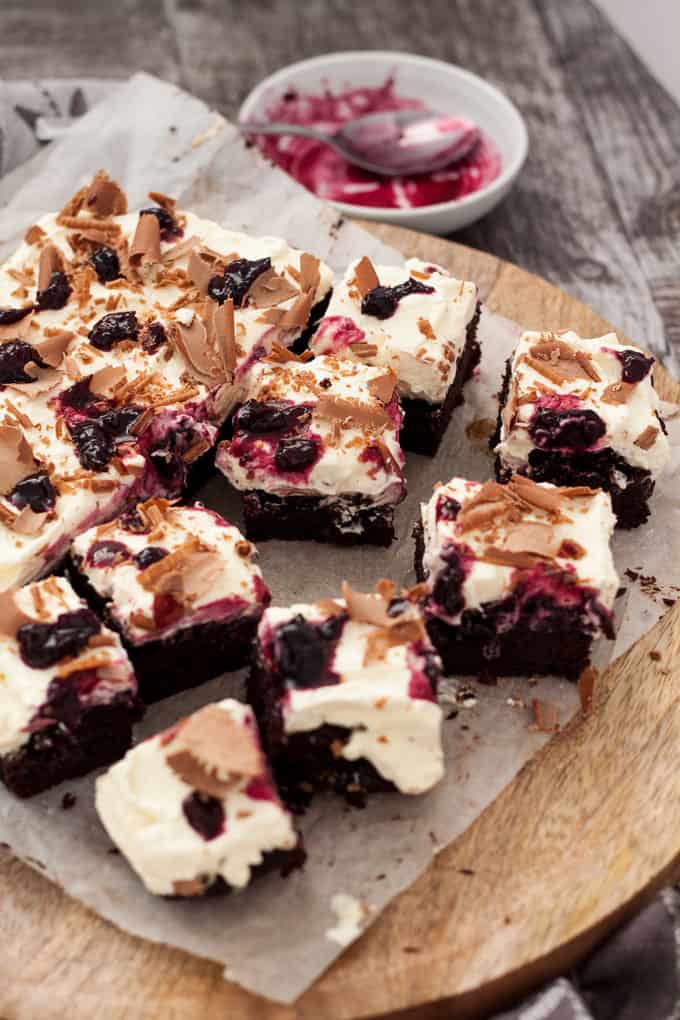 Why, oh why, do passenger seats have to slant backwards?? I must have let go for less than 3 seconds!! SPLAT! By this point, I was approximately 4 minutes into the 12 minute journey. Stress levels elevated again, I spent the rest of that drive with my hand ever so carefully cradling the top 2 tiers of the “good” cake and thinking about how I was going to pretty this thing up before presenting it to dad. I think he liked it anyway. Dads are good like that 🙂

Well, Black Forest Brownies, you’ve won my heart. No more stress about cakes falling over or toppling. No chance of cherries and cream all over my car seats (or my hands for that matter. A messy yet tasty situation). They transport like a dream and they taste oh so good! I say stick a candle in it and away we go. Except I didn’t have a candle. Dad had to blow out the butane lighter that I pretended to light the imaginary candles with (they don’t blow out though, so I just released the button instead. Shhhhh!) 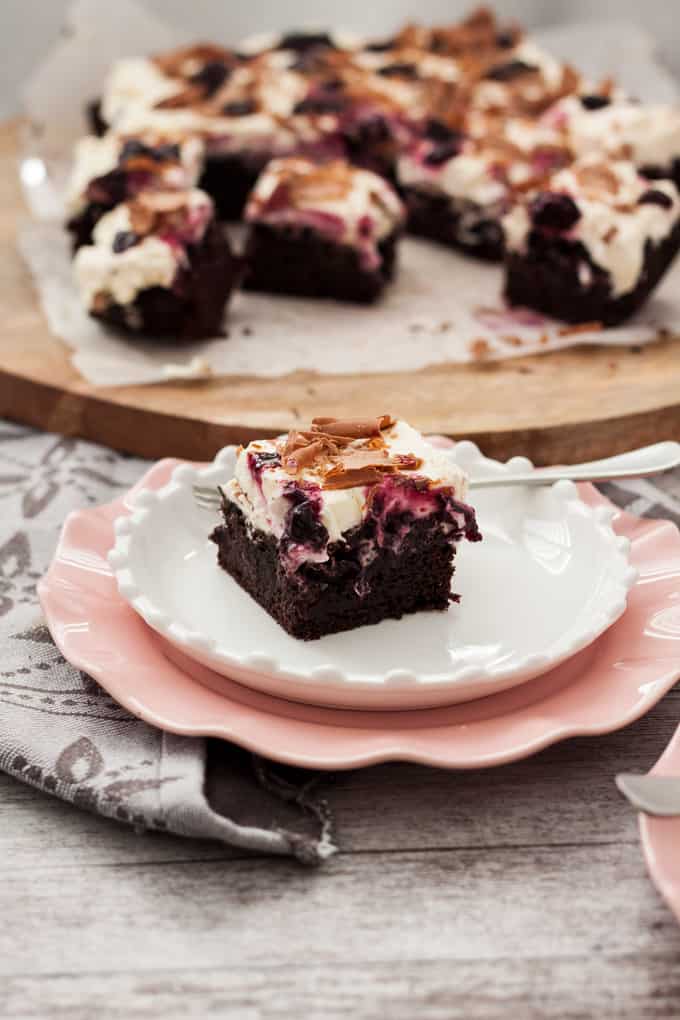 So what’s your biggest cake disaster? 🙂 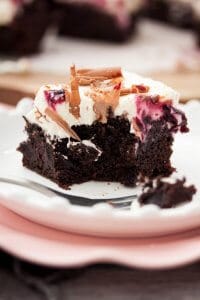 To make the topping;

TOOLS USE IN THIS RECIPE 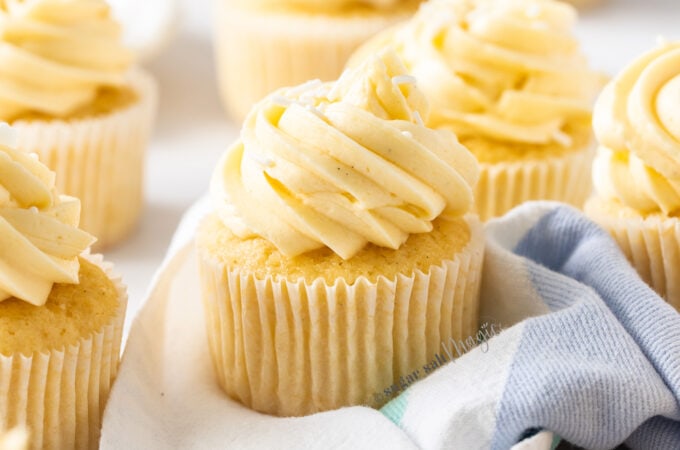 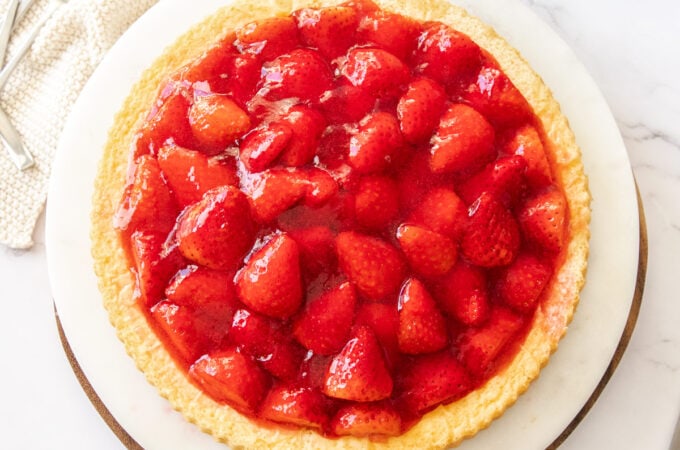 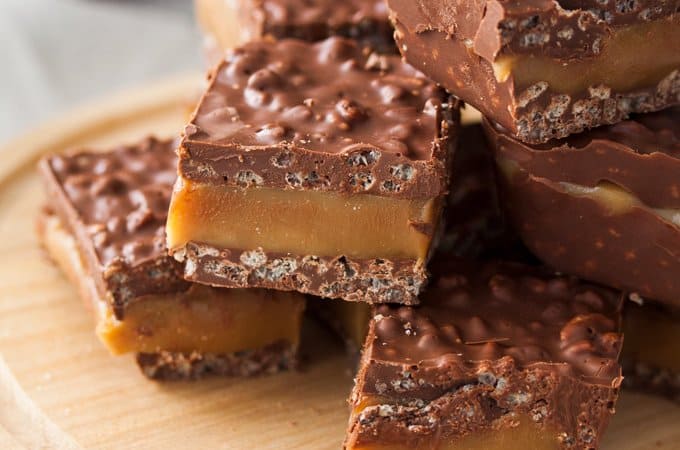 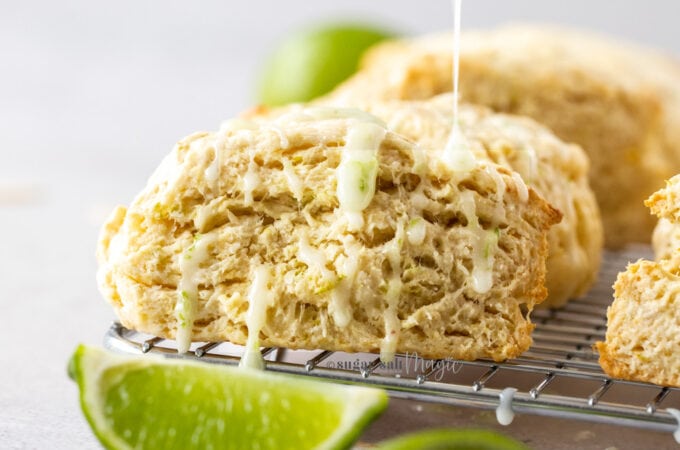 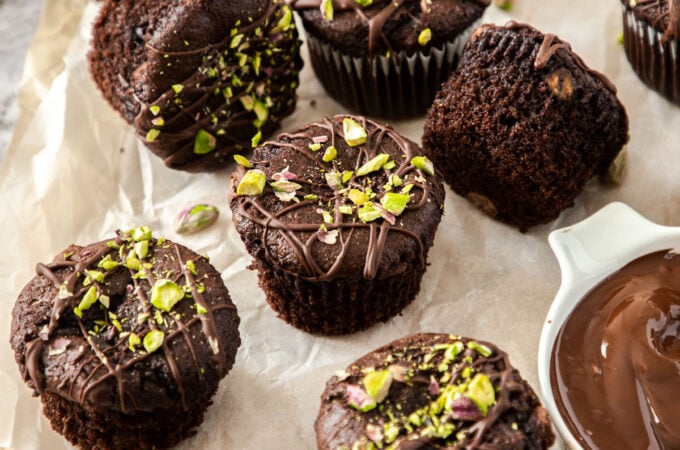 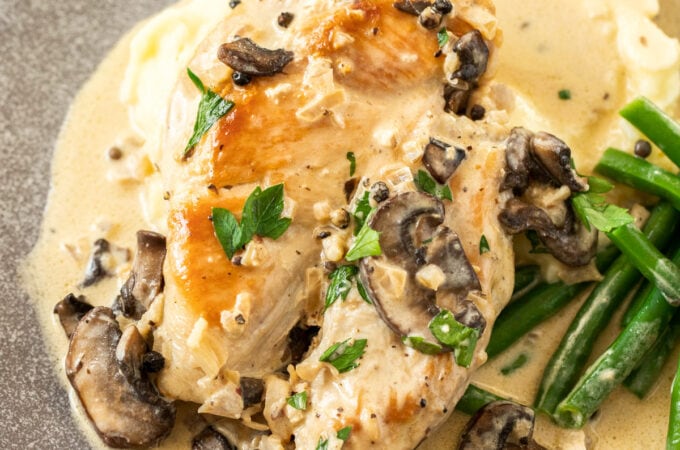 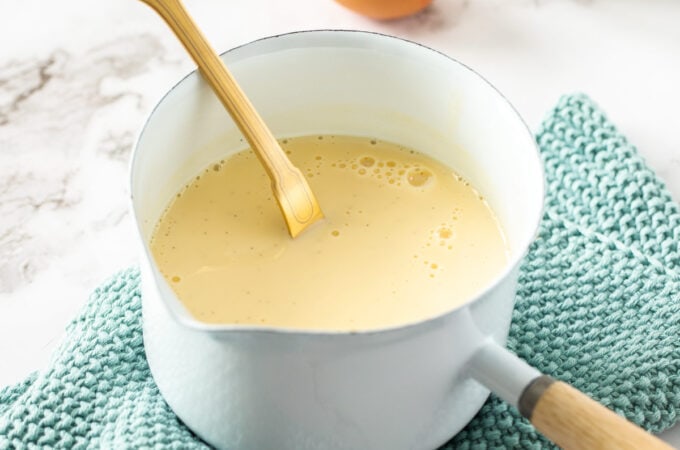 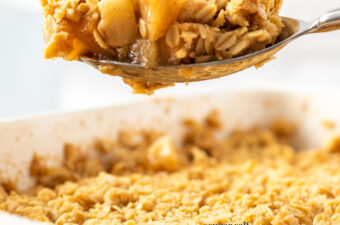 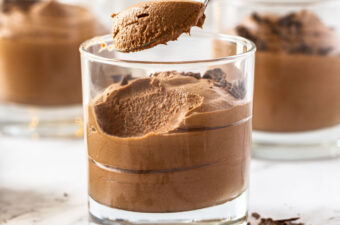 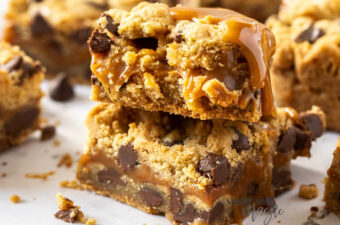 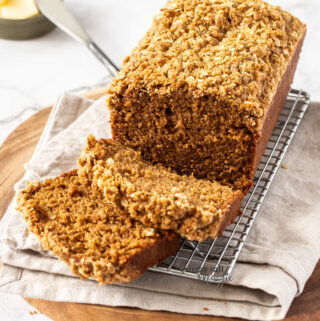 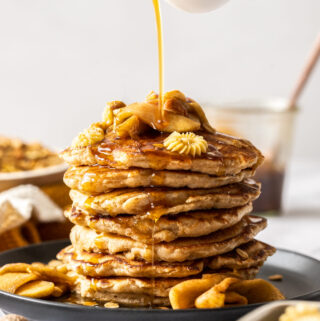 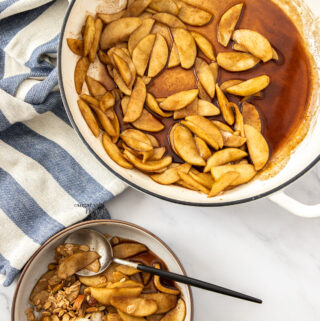 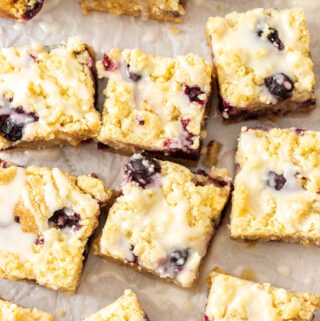 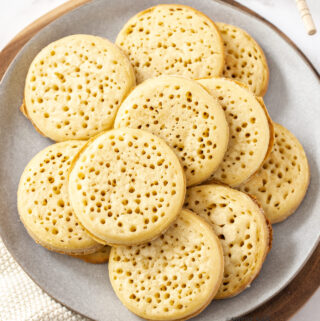 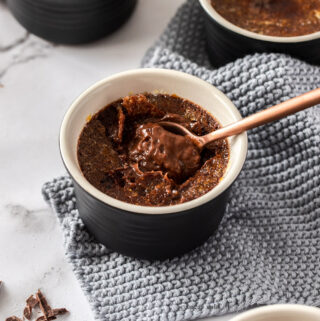