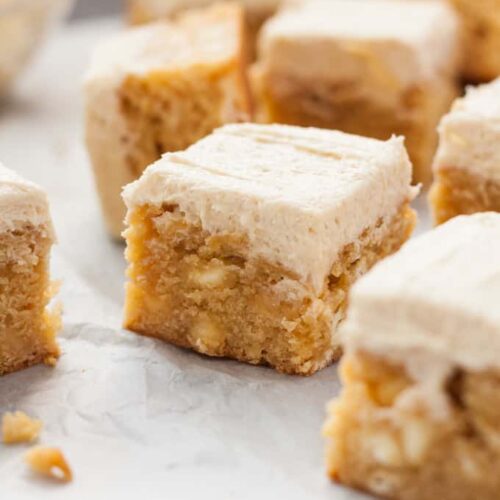 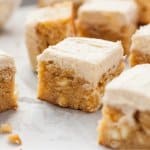 Sometimes I come up with a recipe that I’m ultra proud of and this is one of those. I love blondies and I love malted milk and it seemed like such a great idea at the time. The first time I made them, they totally flopped. Boohoo! They burned really quickly in the oven and then never quite cooked through.

I’m still not really sure where I went so wrong but the second time I made them, they were really good and the third time they were awesome.

YES! Booyeah! Fist pump! Time to share it with the world.

I think I’m so proud of these White Chocolate Malted Milk Blondies because of that original fail. I mean, not every recipe turns out perfect the first time but this one was an EPIC FAIL! You know, like a good old youtube cat video fail (ok, you almost lost me to cat videos but I’m back now). When a recipe fails miserably, it’s sometimes tempting to say “meh, wasn’t meant to be” but I knew this one could be good, if I just got the right proportions. Not good. Amaaaaaaazing!

Just quietly, I now have like a gazillion malted milk recipes in my ever-increasing ideas list so lots more malty goodness to come.

Malted milk and white chocolate go together like Kermit and Miss Piggy. No, no, better – like bacon and eggs. Then there’s the crunch of chocolate chips in a dense and fudgy blondie. Then these babies are topped with a Malted Milk Buttercream which, if you happen to have a spoon nearby when it’s ready, will be lucky to make it onto the blondies at all. It’s soft and fluffy and supremely malty.

Now check out the recipe below before you go looking for cat videos, ok ?

If you try this malted milk blondies recipe, please take a moment to leave a rating and comment below. I love hearing from you and it helps other readers too! You can also take a photo and tag @sugarsaltmagic on Instagram. 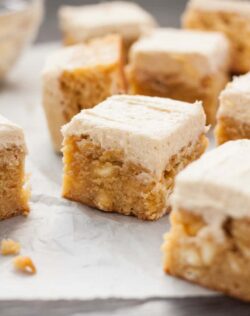 MORE BARS AND SLICES!
Calories: 286kcal
Author: Marie Roffey
Course: Afternoon Tea, Dessert, Snack, Sweets
Cuisine: American
Have you tried this recipe?Don’t for get to leave a rating and comment below and let me know how it was! I love hearing from you. 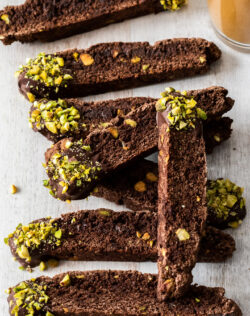 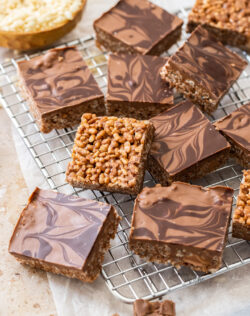 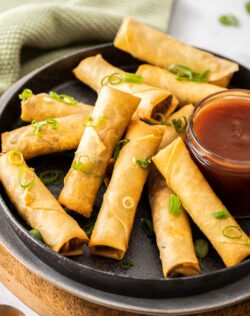 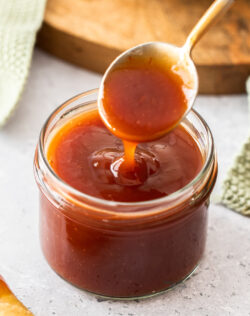