These perfect vanilla cupcakes are soft and fluffy, filled with crème patissiere and topped with the most amazingly smooth buttercream – a custard buttercream and your new favourite. Easy to make, everyone will be queuing up for these little vanilla cakes. 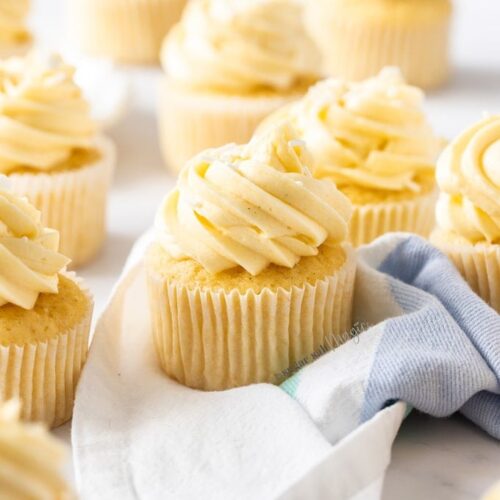 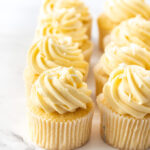 There are many cupcake recipes on this blog (see them all at the bottom of this post) and it was time to breathe more life into these perfect vanilla cupcakes. They’re already a favourite for the custard buttercream that sits on top but I’ve dialled this up a notch and topped them with a totally addictive and silky smooth buttercream – German Buttercream. 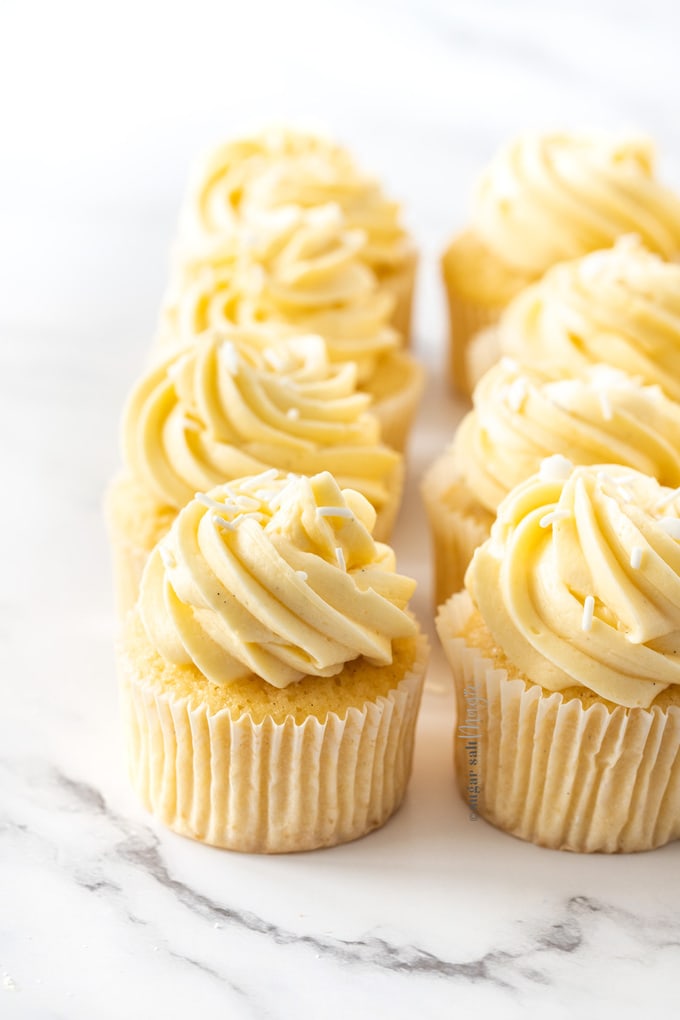 There are 3 amazing parts to these little vanilla cakes:

Ok, so this recipe starts with the perfect vanilla cupcakes. Now I realise that ‘perfect’ is different for different people so I don’t use the word lightly. Pinky promise! For me the perfect cupcake should meet a number of criteria.

1. Flavour – it’s got to taste good
2. Texture – it should be light and fluffy
3. Moist – it should be moist. Definitely not dry.
4. Easy to make – just a few simple steps, nothing too involved

Well, check, check, check and check. This recipe ticks all those boxes and then some . In fact, this is the same recipe I used for our wedding cupcakes.

The wonderful thing about these is their versatility. So many of my cupcake recipes start with this basic recipe which I then build on to create other unique cupcake flavours like my Cherry Pistachio Cupcakes and my Lemon Blueberry Cupcakes. 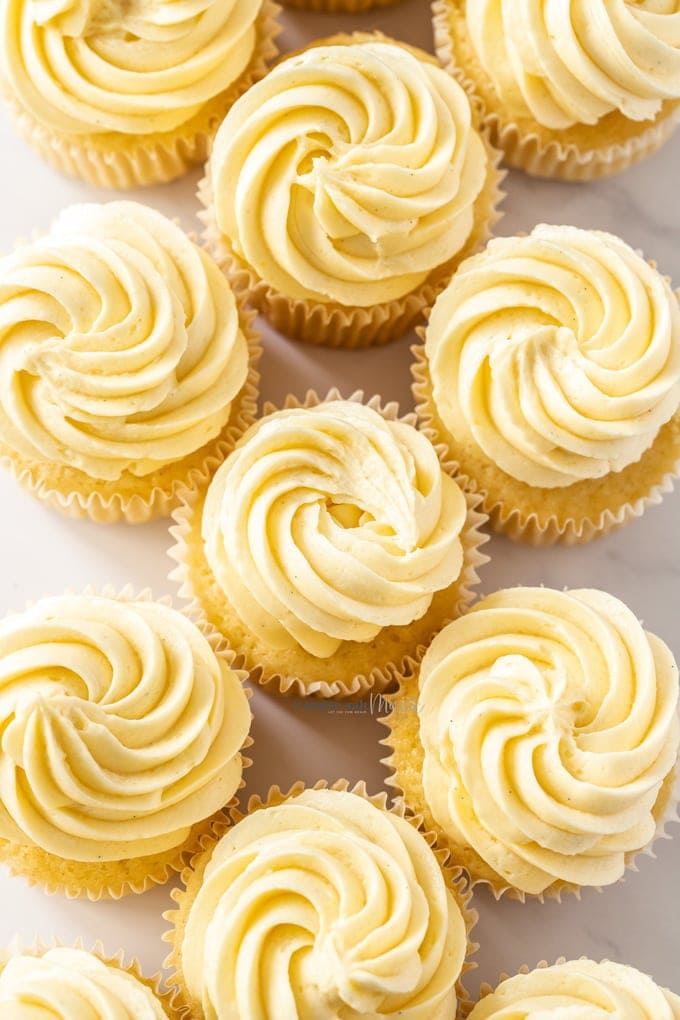 What is German Buttercream (custard buttercream)

Unlike standard buttercream or American buttercream, it is truly creamy, light and unbelievably smooth. It’s very similar to my favourite buttercream style Ermine, since you start by making a pudding base and then incorporate that into whipped butter.

Using a stable pudding base as opposed to powdered sugar to help the buttercream hold it’s shape, results in a silky smooth buttercream which tastes amazing and is NOT sickeningly sweet.

How to make the buttercream

You can see my full post with tips and tricks for German buttercream here, but it’s very easy to make.

You could also try this amazing Swiss meringue buttercream recipe. It’s wonderful on these cupcakes. 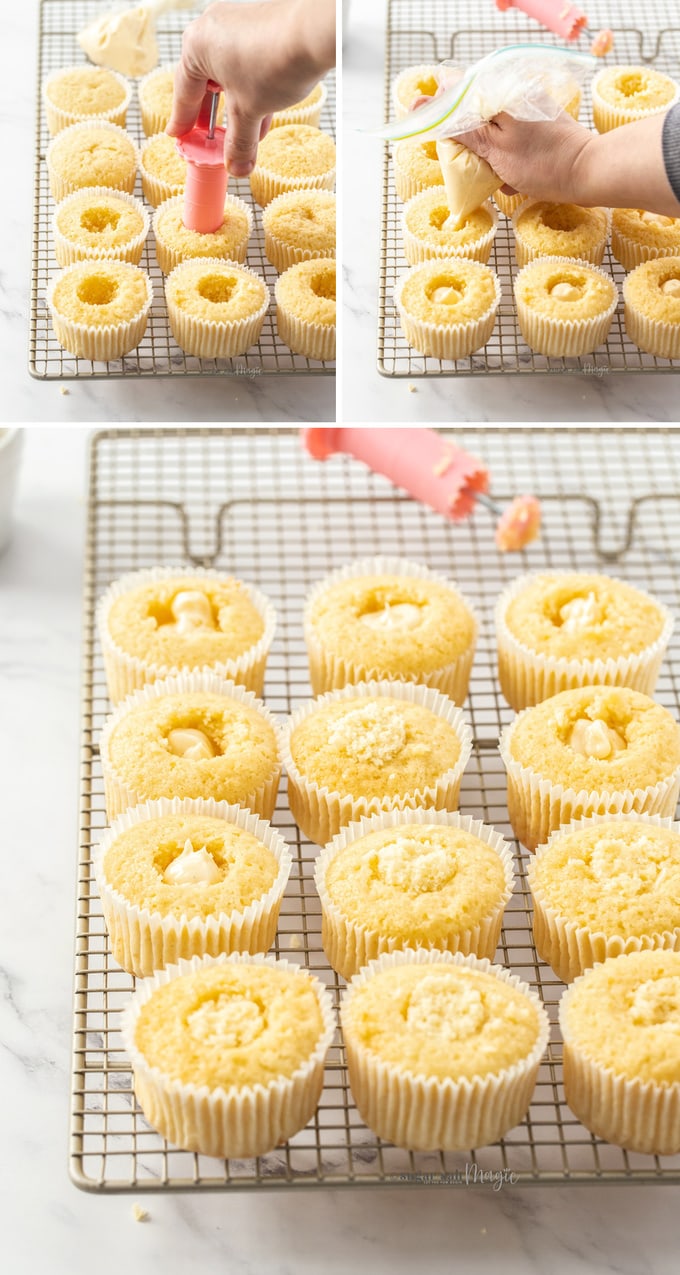 Adding a filling to a cupcake is like a lovely little surprise in something that you were already excited to eat. I do it a lot from cupcakes filled with jam to caramel, it just takes them to a whole new level and  is a very simple process.

These ones are filled with pastry cream but there’s no extra effort, since you’re already making that for the buttercream. 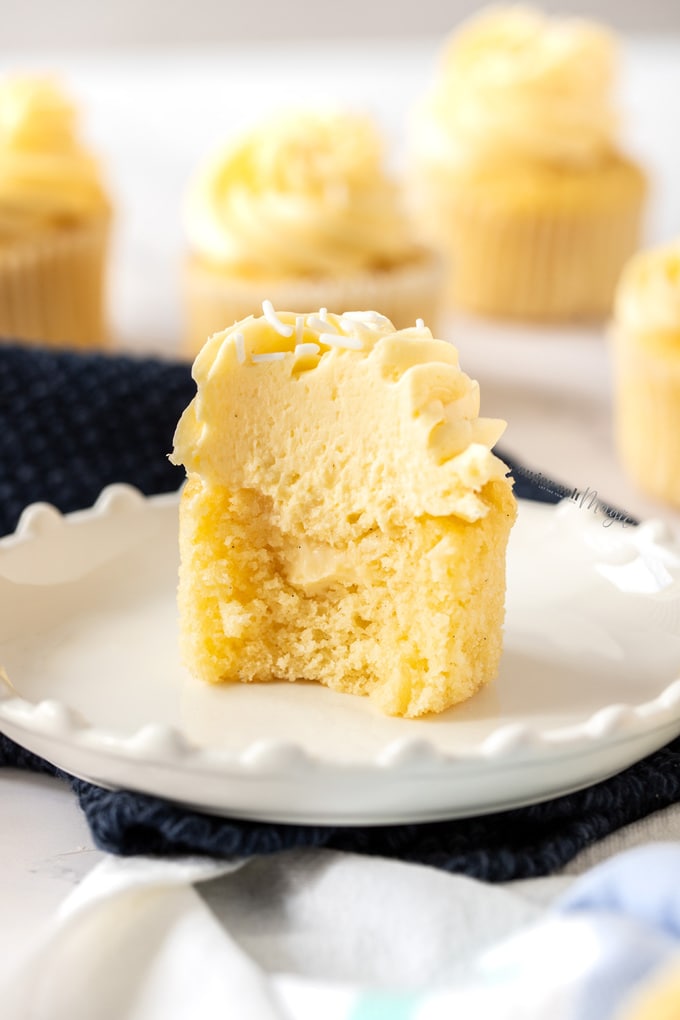 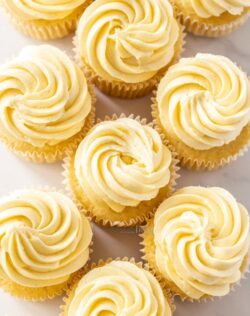 FOR THE VANILLA CUPCAKES

FOR THE CUSTARD BUTTERCREAM

FOR THE VANILLA CUPCAKES

FOR THE FILLING AND CUSTARD BUTTERCREAM

Looking for more cupcakes? Click here
Calories: 385kcal
Author: Marie Roffey
Course: Afternoon Tea, Dessert, Snack, Sweets
Cuisine: American, World
Have you tried this recipe?Don't for get to leave a rating and comment below and let me know how it was! I love hearing from you. 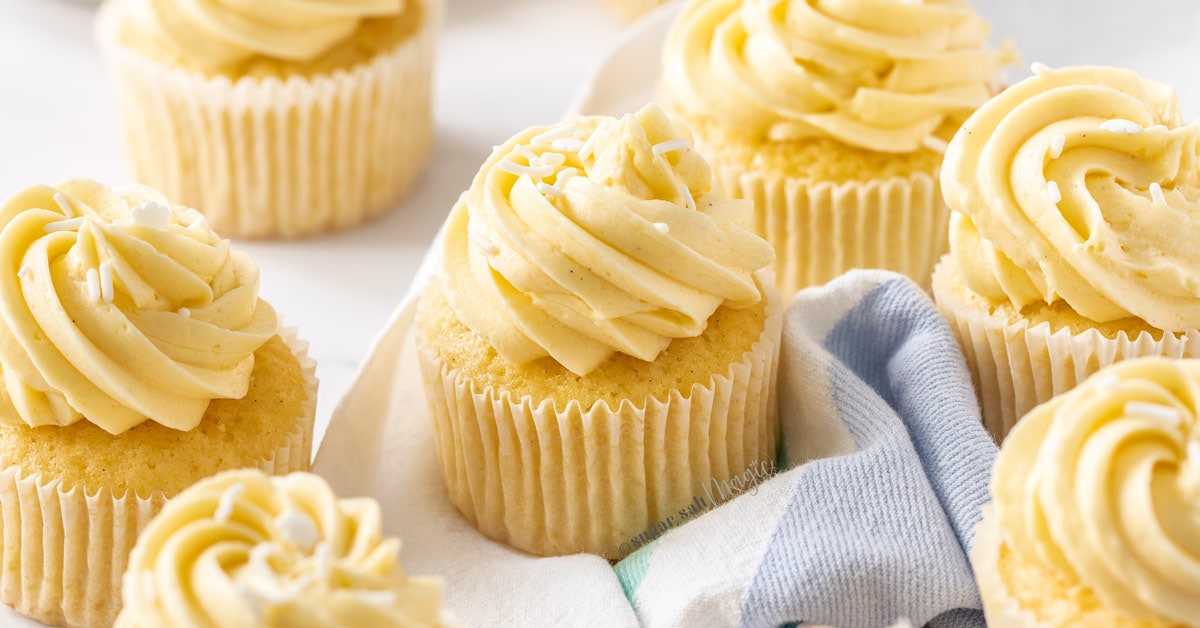 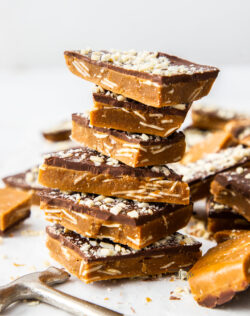 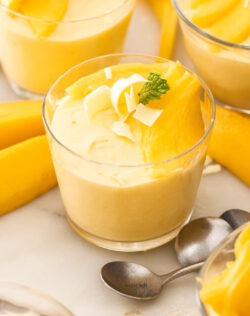 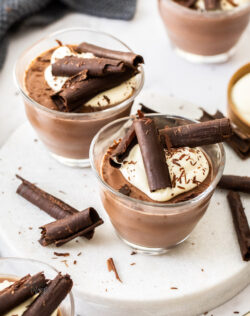 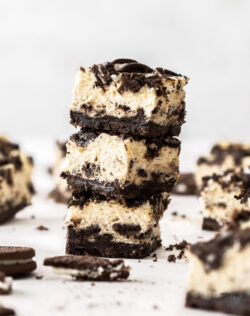 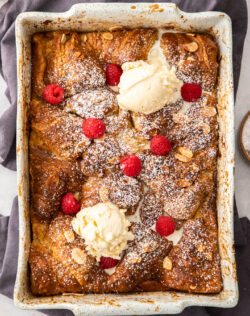 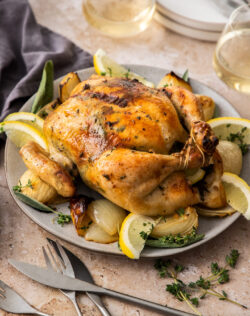 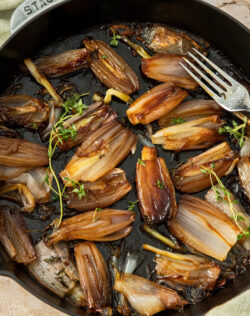 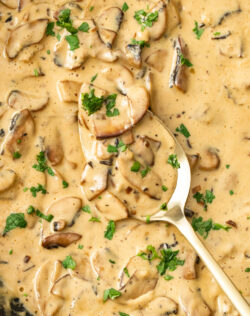