This Warm Apple Crostata recipe is comforting and quick to prepare. Slices of fresh apple mixed with cinnamon wrapped in a buttery crostata dough then baked until crispy and served with a quick caramel sauce. 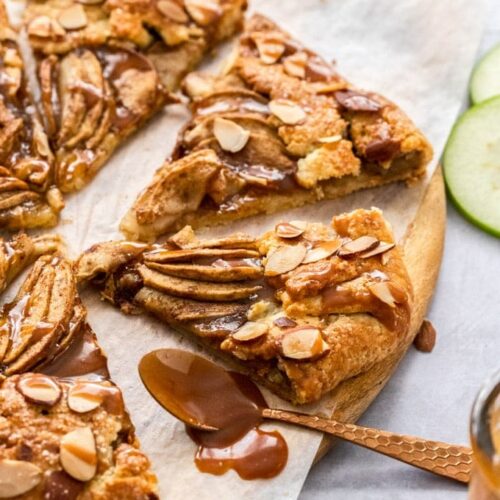 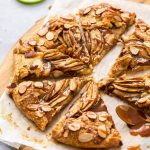 This simple Warm Apple Crostata is like an easy-to-make, rustic apple pie. Crisp, buttery pastry encasing a filling of soft cinnamon apples is totally comforting and perfect with caramel sauce drizzled all over the top.

It’s one of the easiest desserts to make and the perfect way to use up loads of apples. You could also try this Rustic Almond Plum Tart, Caramel Apple Pie Bars or maybe this Apple Plum Cobbler. 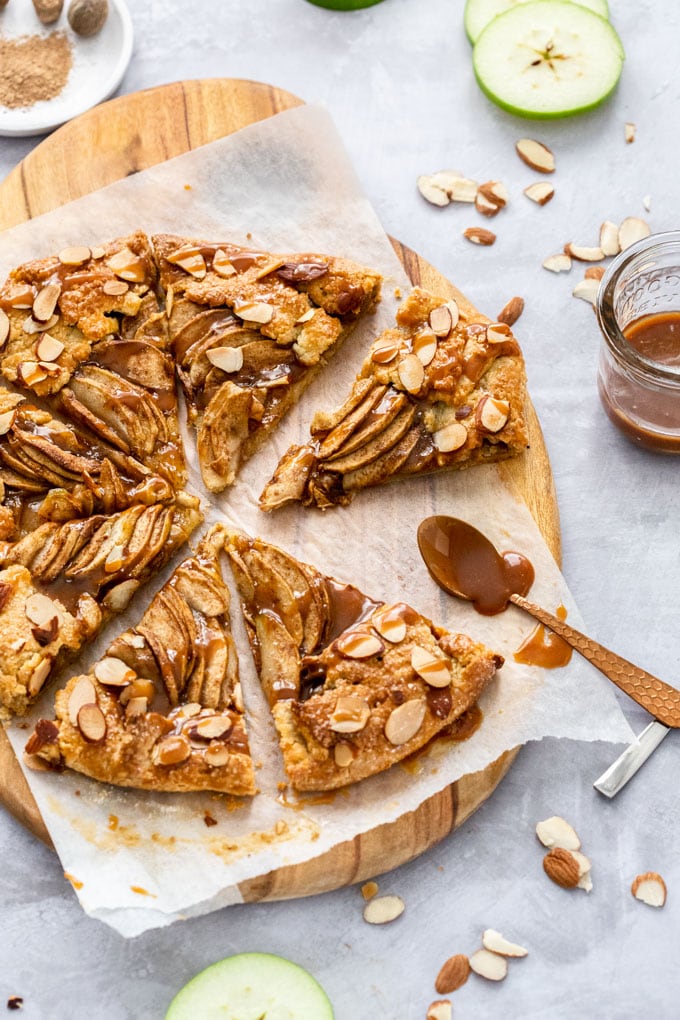 Crostata is the Italian name for a tart or pie and is often a rustic style dessert where the pastry is wrapped around the filling around the edges.

This style of tart is very easy to make for the fact that the crostata dough is topped with fillings before being pulled up and over at the edges to hold the filling in place.

Crostata and galette are basically the same thing – just free form tarts. Crostata is Italian while Galette is the French term. 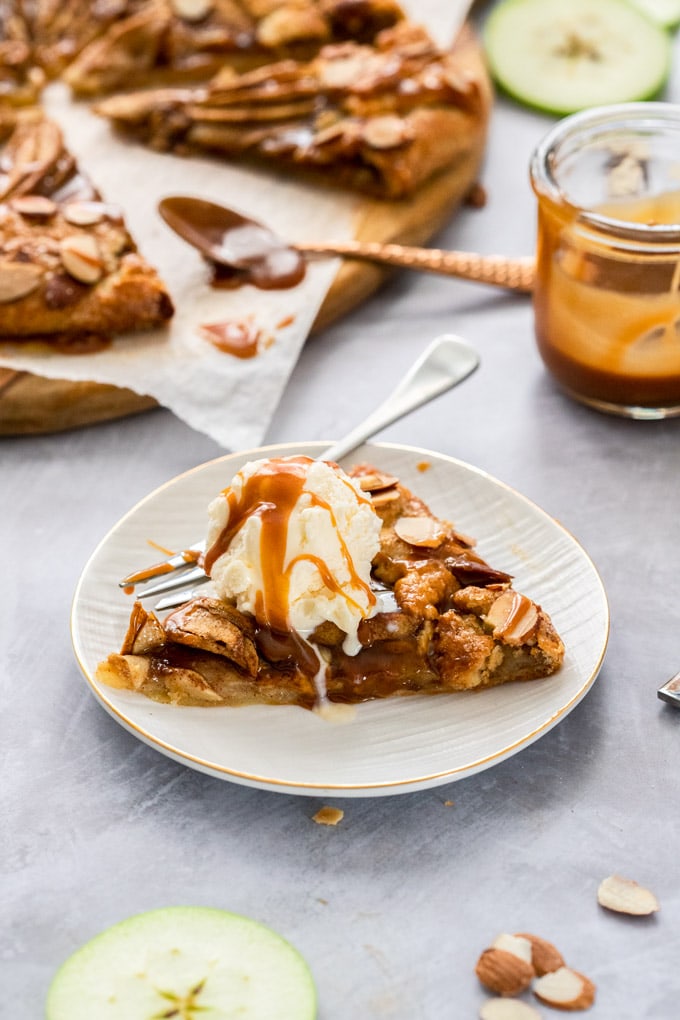 How to make Warm Apple Crostata

Now just bake the crostata until the edge is crispy and golden.

If you notice the edges getting dark too quickly, just place a little foil over them until the cooking time is finished.

I serve this tart with this homemade quick caramel sauce. 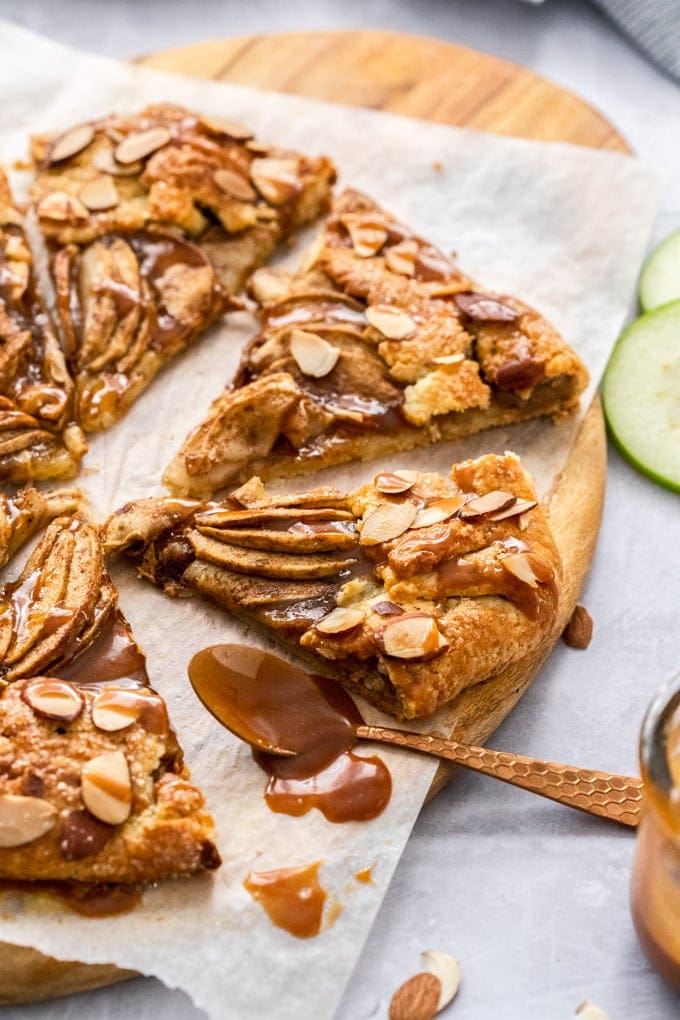 The best apples for baking

Granny smith apples are not only a great eating apple but they also hold their shape very well during baking. They are just sweet enough but also add a nice tartness.

Some apples will be juicier than others though so the flour in the filling is there to help thicken up any juices and prevent a soggy bottom to your tart. If you notice lots of juice during the baking process, you can use some paper towel to remove a little of the excess moisture. I grew up with comforting fruit pies and crumbles and there’s nothing better than a crisp and buttery crust filled with soft, warm fruit.

How to make flaky pastry

Good, flaky pastry happens when the fat in the dough (butter in this case) melts in the oven, creating little pockets of steam that puff the layers of dough up. The only way to make sure that happens is to make sure the butter doesn’t melt before going into the oven. 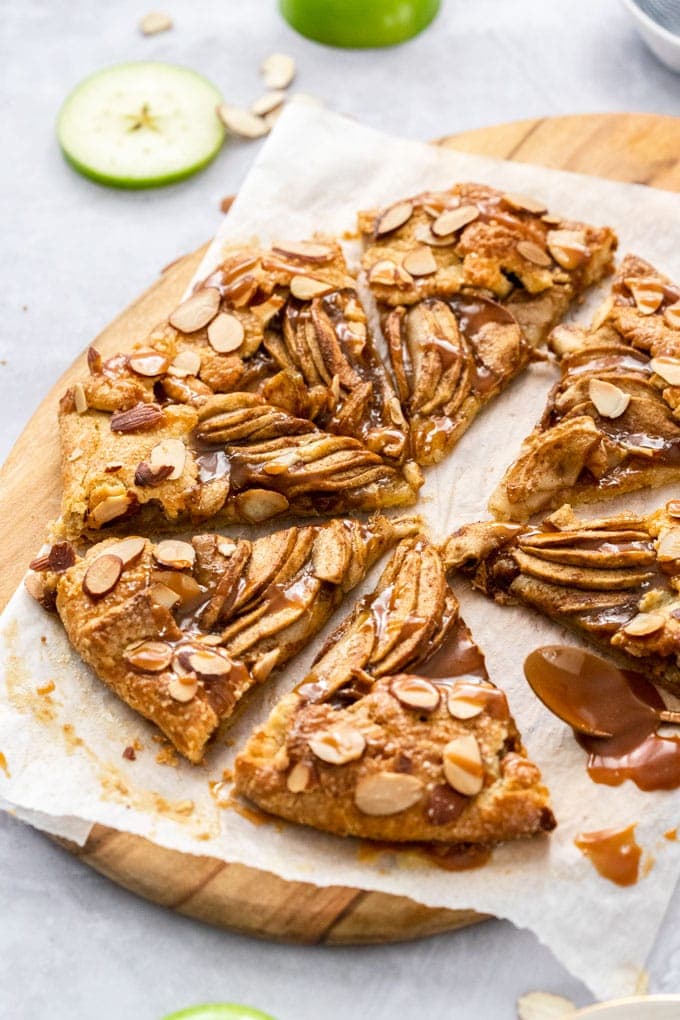 I grew up with comforting fruit pies and crumbles just like this, and this classic combo of apples and caramel works a treat.

With or without the caramel sauce, I would serve this Warm Apple Crostata with ice cream in the warmer months but a warm custard, or crème anglaise, during the cooler months. Either way, it’s a luscious dessert you’ll make time and time again. 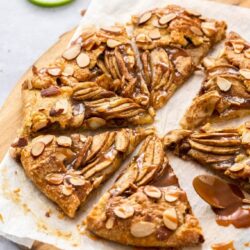 FOR THE SOUR CREAM PASTRY

FOR THE SOUR CREAM PASTRY

FOR THE APPLE FILLING

Want more pies and tarts? Click here
Calories: 284kcal
Author: Marie Roffey
Course: Afternoon Tea, Dessert, Snack, Sweets
Cuisine: Various
Have you tried this recipe?Don't for get to leave a rating and comment below and let me know how it was! I love hearing from you. 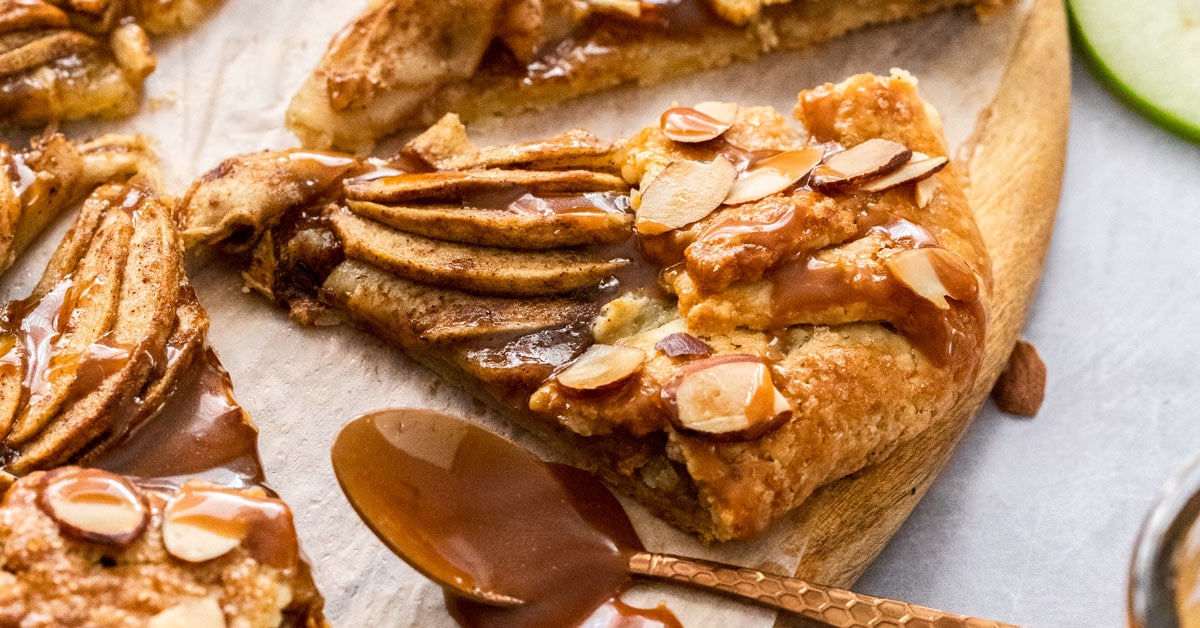 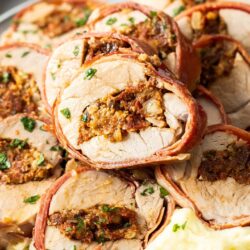 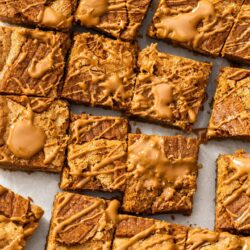 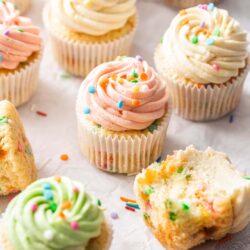 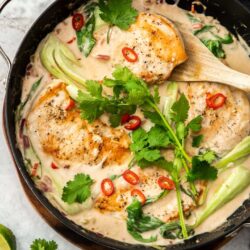