This crunchy Lemon Almond Biscotti recipe, also known as Cantucci, has all the flavour of a traditional Italian biscotti and is topped with bright and zesty lemon glaze. Biscotti is also incredibly easy to make from scratch. 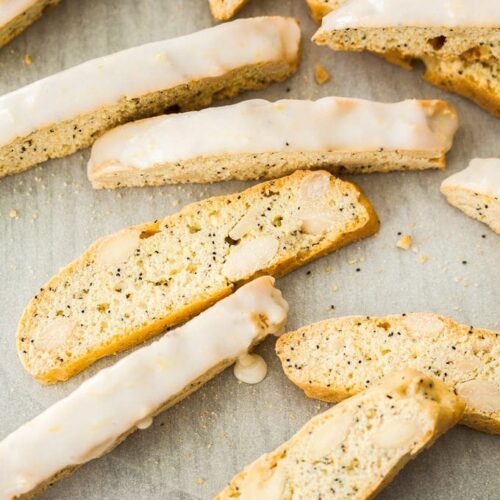 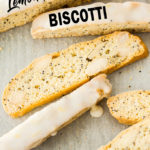 Lemon and almonds are among my favourite flavour combinations. They also happen to be a regular flavour combo in my favourite cuisine, Italian. So creating this Lemon Almond Biscotti was an easy choice.

Biscotti is an Italian almond biscuit and the word translates to twice-baked. Biscotti is also the all-encompassing term for cookies or biscuits in Italian. The more correct name for this style of Italian biscuit is Cantucci or Cantuccini.

Should Biscotti Be Hard?

Biscotti is a dry and crunchy biscuit just perfect for dunking. They’re traditionally served in Italy at the end of a meal with a dessert wine for dunking them into but I think these lemon almond biscotti are even better dunked in coffee.

Whole blanched almonds are mixed into the dough before baking. When you take a bite, it’s impossible not to get an almond and that’s how I like it. Nay, that’s how it should be.

There are many different takes on biscotti. Some like them glazed like this Lemon Almond Biscotti, however, this isn’t traditional.

I glazed these as I wanted to add a lemon icing to intensify the lemon flavour but also to add just a little extra sweetness. Of course, you couldn’t dunk the glazed biscotti into your coffee or you’d end up with lemon flavoured coffee, but unglazed, absolutely dunking material.

The other version of biscotti is very thin and crisp. I’m talking just a few millimetres kind of thin. Both versions are delicious.

How to make lemon almond biscotti

How To Store Biscotti

Biscotti have a good shelf life of 2-3 weeks if stored in an airtight container in the pantry. It’s because of their shelf life that they make a wonderful food gift as well – think birthday or Christmas gifts with a batch of biscotti in a nice glass jar.

Italian Biscotti is such a versatile cookie recipe. You can add all kinds of flavours and add-ins. Try some of these options.

PIN IT: Click to PIN this recipe for later!

If you want a treat that’s big on flavour but low on effort, Cantucci or Biscotti are perfect. They keep well so they’re great to have on hand at all times ready for when friends pop in or to take on a picnic. They also make a brilliant food gift. 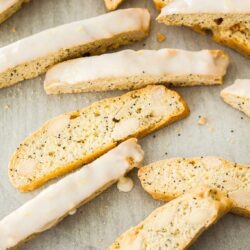 MORE COOKIE RECIPES
Calories: 104kcal
Author: Marie Roffey
Course: Afternoon Tea, Dessert, Food Gifts, High Tea
Cuisine: Italian
Have you tried this recipe?Rate or comment below and let us know how it was! 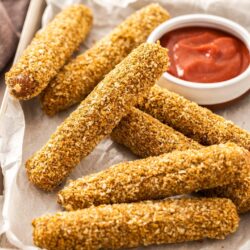 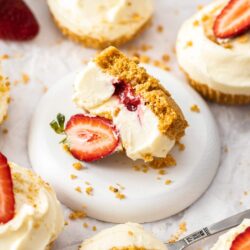 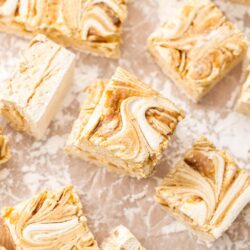 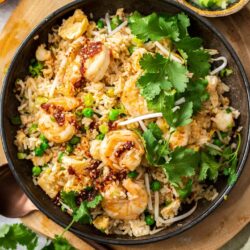