Tender and succulent, slow cooker BBQ brisket glazed in a layer of homemade BBQ sauce. With just 10 minutes of prep time, brisket is slow cooked to juicy perfection while you get on with your day.

Packed full of BBQ flavour, this slow cooker BBQ brisket cooks all day until it’s juicy and tender. It can be shredded or sliced and serve with your favourite BBQ sides or used to fill tacos or sandwiches.

If you love this one, you’ll also love my slow cooked beef stroganoff and my easy BBQ pulled pork recipes.

Why you’ll love it

Slow cooker BBQ beef brisket (aka crockpot brisket) is a wonderful way to get a hearty and flavour-filled dinner on the table with minimal effort. Brisket is quite a lean cut of beef but is still loaded with beefy flavour.

Slow cooking the meat over hours not only creates a juicy and tender meat, it also gives it all day to infuse and develop flavour. It’s why I love slow cooking so much.

What is brisket? Brisket is a relatively lean cut of beef that comes from the lower breast or chest of the cow. It’s a tough cut of meat but tenderises beautifully when cooked slowly over many hours. Since it’s tough, it’s not a cut you would eat rare, it must be well done.

The meat itself is quite lean, although it does have a layer of fat (or fat cap) on the outside. The fat doesn’t run through the meat though. I tend to cut off some of the fat, leaving just enough to keep it juicy and flavourful.

Brisket is the cut used most often when making pastrami and corned beef. It’s also a classic cut for Texan-style smoked meat.

For the brisket spice rub

For the brisket BBQ sauce

This recipe is just so easy to make. It takes about 10-15 minutes of actual effort on your behalf and the slow cooker and oven do the rest. While you get on about your day, this slow cooker brisket will fill your house with the most wonderful aroma.

Detailed instructions in the recipe card below.

This barbecue sauce can be used as is. For even more flavour you can add another cup of the cooking liquid to it and then cook and reduce a little on the stove. I most often just serve it as is though and it’s a good BBQ sauce.

How to serve brisket

What to serve with brisket

Slow cooker BBQ brisket matches well with a vast array of side dishes.

Corn bread, coleslaw and macaroni and cheese are all classic accompaniments as is corn whether it’s roasted, steamed, creamed corn or this easy air fryer corn on the cob.

It goes well with all kinds of potatoes from mashed to roasted potatoes to creamy potatoes to a simple potato salad. This is wonderful served with my Spanish red rice (arroz rojo) too.

Of course, you could also stuff it into a soft bread roll or brioche bun with coleslaw or avocado for delicious BBQ brisket sandwiches.

Brisket can be a large cut of meat, but luckily leftovers are easily sorted.

Store your slow cooker BBQ brisket in the refrigerator in an airtight container for 2-3 days. You can use it for sandwiches one day, tacos the next … the list goes on.

It freezes well too so freeze it for up to 3 months in an airtight container.

If you try this slow cooker beef brisket recipe, please take a moment to leave a rating and comment below. I love hearing from you, and it helps other readers too! 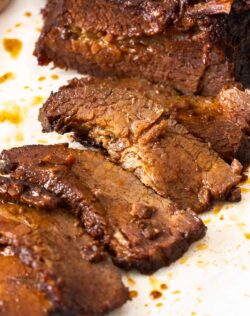 FOR THE BRISKET BBQ SAUCE

MORE GREAT SLOW COOKER MEALS!
Calories: 374kcal
Author: Marie Roffey
Course: Dinner
Cuisine: American
Have you tried this recipe?Don’t for get to leave a rating and comment below and let me know how it was! I love hearing from you. 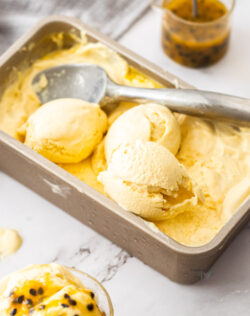 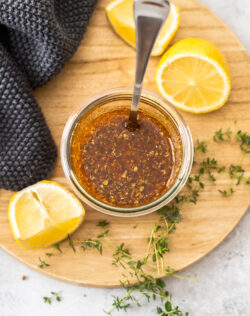